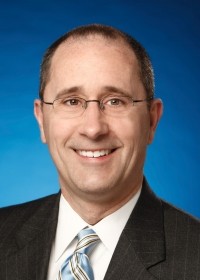 Stephen T. Swift joined Highmark Blue Cross Blue Shield of Western New York in 2009 and is the company’s executive vice president and chief financial officer. He possesses an outstanding level of operational knowledge and experience gained at the national level within the health insurance industry.

Previously, Swift served as chief financial officer for AmeriChoice, where he was responsible for the financial oversight of the $5+ billion UnitedHealth Group. His duties included internal performance reporting and operating results for more than 2 million members in 20 markets.

Swift was also chief financial officer, Mid-Atlantic Region, for CIGNA Healthcare. There, he oversaw the financial operations and performance for a seven-state region. He earned this position after several successful years of increasing responsibility with the company.

He serves on the board for the Buffalo Zoo, the Daemen College Advisory Board, HEALTHeLINK, and the Say Yes Buffalo Scholarship Board.